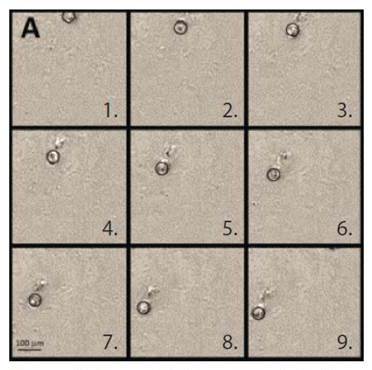 Breathtaking…you have probably felt it…a word we normally reserve to describe an awe-inspiring scene of natural beauty or human endeavor.  Suddenly unable to catch your breath at seeing a magnificently rewarding scene, it feels like you are unable to find the air to feed your lungs. There’s another loss of breath that is not so rewarding.  Many people experience it in the form of asthma or respiratory congestion.  There are a couple of causes of this congestion in people and our animals. …it’s a sticky subject! It’s the thick, adherent, gooey secretion from the upper respiratory tract that helpfully snares foreign material and protects the health of the deeper respiratory system.  The foreign material might be irritating particles, or it could be infectious pathogens like viruses and bacteria.  Trapping irritants, so far so good… but by itself, mucus cannot erase the problem of invading organisms or harmful particles.  Once the mucus has accomplished its trapping job, it is just as important to get rid of the sticky “phlegm” and the embedded particles and pathogens.  Clearing the airway of mucus and its trapped cargo is done in two ways.  First, the hairy escalator we know as cilia sweep the phlegm along.  The specialized cells elevate the mucus and its trapped invaders up, escorting the entire mass toward an exit.  Second, the accumulated mucus stimulates the cough, sneeze or snick response that expels the mass, if it is fluid enough, to prevent it from plugging the airway. When mucus is overly thick and sticky the cough cannot be “productive”, meaning it cannot dislodge and expel the viscous, adhering phlegm.  More than a simple nuisance, a non-productive cough allows the airway to become blocked, congested with the accumulating mucus.  The gathering volume of mucus can provide a warm, moist environment to harbor pathogens, so getting rid of the congestion quickly is important.  We recognize this bacterial harboring at work when mucus turns yellow or green colored. People have long used expectorant medications… early versions were extracted from plant gums to help relieve congestion.   The expectorants loosened phlegm, making the muco-ciliary escalator more effective and the cough more productive (think Mucinex®*).  Surprisingly, although the expectorants’ benefits were well accepted, the positive effects were difficult to measure experimentally.  Historically, patients subjectively scored their symptom relief in clinical trials.  Teaching poultry and livestock to score their symptom relief is not as easy.  Recently, researchers developed a way to directly and objectively measure the benefits of the successful expectorant guaifenesin.  Originally extracted from the Guaiacum tree, gum guaiac in its modern form, called guaifenesin, is not water soluble.  Guaifenesin is the active compound in some human expectorant tablets and also in MucuSol, the popular veterinary expectorant for poultry and livestock.  Pharmaceutical guaifenesin powder is also not water soluble, making it difficult to deliver to masses of sick animals in meaningful doses via drinkers.  MucuSol is a water-miscible syrup.  As the richest liquid form of guaifenesin, it overcomes that insolubility problem and assures convenient and effective delivery through the drinking water.

Up, up and away

There’s a problem with studying respiratory tracts: It’s difficult to learn how the tract linings are reacting to treatment without destructively opening up the animal or invading the airway.  Researchers (Seagrave et al. 2012) overcame this predicament by growing respiratory cells in culture plates so their cilia and mucus production could be watched and measured more easily.  The researchers intentionally disturbed the living cells with an irritant challenge, and they watched as the cells reacted to the injury by producing mucin and using their cilia to sweep it away.  This test system allowed the cells to be studied with different concentrations of guaifenesin treatment over a long duration.

The untreated control cells in this test doubled their mucus secretions after being challenged.  Treating the irritated cells with increasing doses of guaifenesin reduced the secretion, and the positive impact was directly related to the concentration of the guaifenesin dose used (Figure 3).

When mucus is thicker and stretches more, it holds firmly to the airway, making it harder to dislodge and clear.  Twenty-four hours after beginning guaifenesin treatment, the mucus produced by the cells was less than 10% as viscous and elastic, relative to non-challenged controls.  Thinner and less-stretchy mucus is easier for animals to expel, carrying along with it the encapsulated invading organisms or debris (Figure 4).

The expectorant guaifenesin had the power to reduce mucus production in a dose-wise manner.  This property underscores MucuSol’s positive impact.  It gives veterinarians a degree of control over the impact they seek, both in terms of mucus production and the cough’s productivity.  Guaifenesin’s decreases in mucus secretion were accompanied by incremental decreases in mucus viscosity and elasticity.  Animals with thinner and less stretchy or sticky mucus can clear it out more easily, reducing respiratory congestion.  Visually tracking embedded particles to measure ciliary transport speed is an imaginatively direct way to confirm that the mucus is escorting the offensive invaders away more efficiently.

MucuSol is an ideal solution because, being a liquid syrup, it avoids the insolubility that has plagued old-style powdered expectorants and led to their notoriously weak impact.  This research spotlights more of the science behind MucuSol’s success.  Three mechanisms clear airways and make coughs more productive: a) reducing excess mucus production, b) making mucus thinner and less elastic, and c) increasing the speed that it is carried out.  MucuSol relieves the common respiratory threat of congestion as an important part of unplugging livestock production. 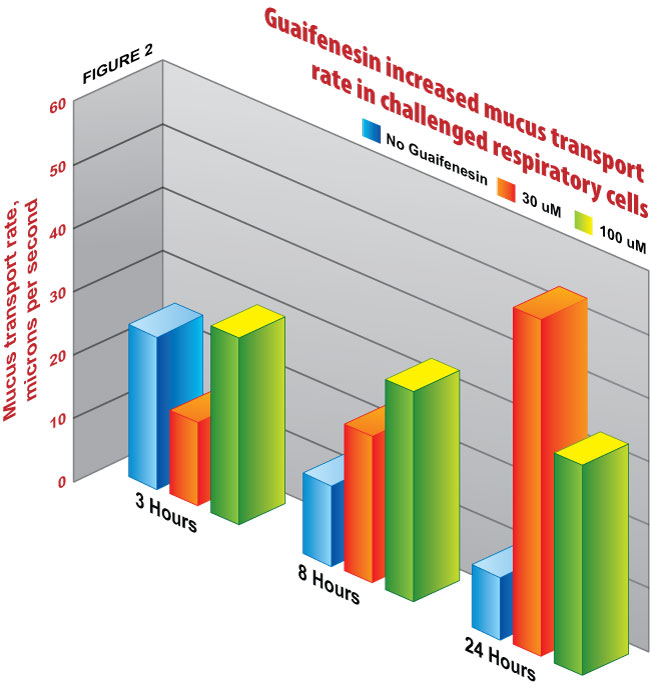 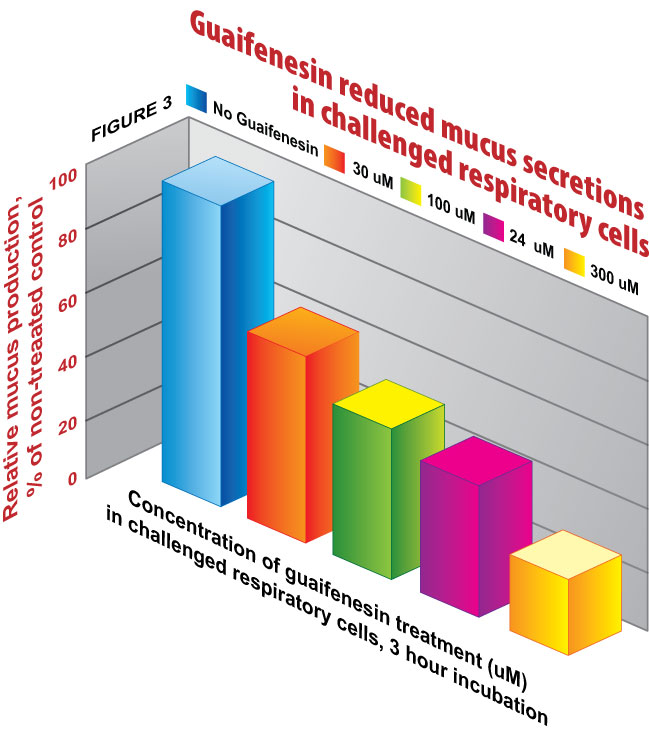 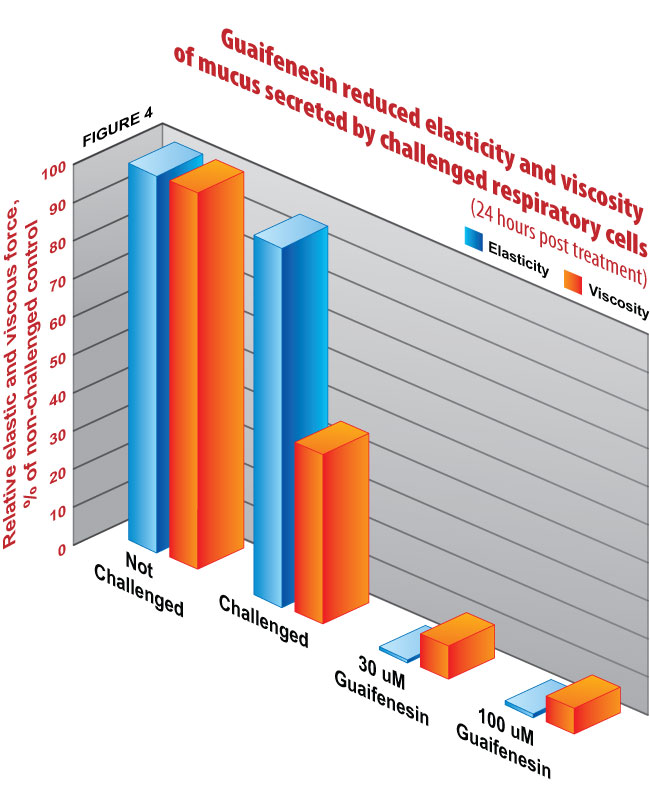 SpecSheet English | SDS | SpecSheet Chinese |Mucusol is a liquid product developed for use in the drinking water of your poultry and swine populations as an aid in reducing respiratory congestion from mucus (phlegm).